Nothing But a Mutt

Nothing But a Mutt


I am the "What are you?"
the "Where are you from?"
I am white, Spanish, African, Indian
I have a white family
I have black and Spanish too
In the place I live, white is an honor
while blacks are only "hoodrats"
My family is both superior and inferior
All my homies are getting shot
White people are the shooters
You see, I have no true identity
My category is undefined
But it doesn't really matter at all
All non-whites are grouped together
Neither side will claim me
I'm too tainted by the other
Tainted by my preference
Or lack of preference
There's nothing worse than an unknown girl
Other than an unknown girl in love with a girl
I am seventeen years of defiance
of unnamed mutt
of another colored girl in jail
I am alone and isolated
Addict going nowhere, another statistic
I am white, Spanish, African, Indian
How about you?


I see the wind rustle the trees
swaying freely without any caution
with no worries about what they
do or have done, unlike myself who thought
"Why did I?"

The river, fast-paced and never ending
shines not color but the hustle of
everyday city life. Though the river may get
polluted and murky, the sun still shines
and legacy continues. That sweet
rush was taken away and I thought, "Why
did I?"

I remember the sun, showing me
the way. It was blocked by storm
clouds and mountains but still was able
to shine and light the way. It was my guide
the only reliable one I've ever had, now taken
away and once again I thought, "Why did I?"

I should have answered this long ago
but I just did not seem to know the
answer. A few years go by and it all fell
in place. The answer lies in my lack
of appreciation and gratitude for anything
life gave me.

Why I Play Basketball

Why I Play Basketball


Everybody shows up for a different reason.
A potpourri of ballers
Some guys come because they're regulars
Used to seeing all the fellas on a daily basis.
Some show for the first time on a tip from a friend
Try their skills in the best pickup around to see if they can hang.
A couple NBA cats roll through when it's their off-season.
Some jokers walk through the doors lookin' for
Nothing more than a sweat.
Some guys come to drop rainbow jumpers from deep.
Some come to throw their bodies around down low
To bang with the big boys.
Some guys pull in every day because they love talkin' trash
Barbershop talk in high tops.
They have something to say when they score.
They have something to say when anybody scores.
Some guys show up because they have nothing better to do.
Some workin' day guys show up from a bad day of work
And play until they get the sour taste out of their mouths.
Some guys come to dunk on somebody and hype up all the
Loud mouths on the sideline even more with a rim-rockin' two-hand bash.
Some feel like they're part of something, like a book club or a church.
Some guys roll in because they are addicted to competition
Got to beat somebody in something to be happy.
I show up cause the game is my life and it's the only place I get respect.


Everyday the sad and sorrow I feel.
No one can expect to be real.
Those feelings that I always felt,
I always hoped they'd melt.
Every day I wake up with the constant fear
Hoping if my freedom is anywhere near.
If you didn't know
This is how my day goes.
I open my eyes
I see nothing, what a surprise.
I take in a long, deep breath
And the air smells like death.
I think of what to do
In my small, tiny room.
I know what to do, my daily routine.
I pretend I'm stable and happy
But I feel totally crappy.
I pray for a guardian angel to save me
But, of course, that can't really be.
I force myself to eat
And for the rest of the day I feel extremely beat.
I go to my room and take a seat.
I'd love one conversation between you and me.
I lay down and pray,
Go to sleep and end my day.


I close my eyes
&
I see the wings
sparkling
big
&
pink

I wish I was that little girl again
who was afraid of the dark
had to have the little night light on
always asked to be tucked in
by mommie & daddie. 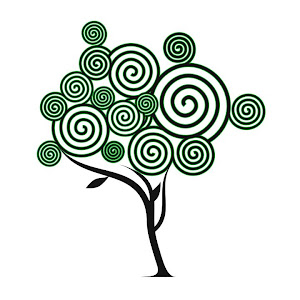